Anatomy Of A Finale: Homeland 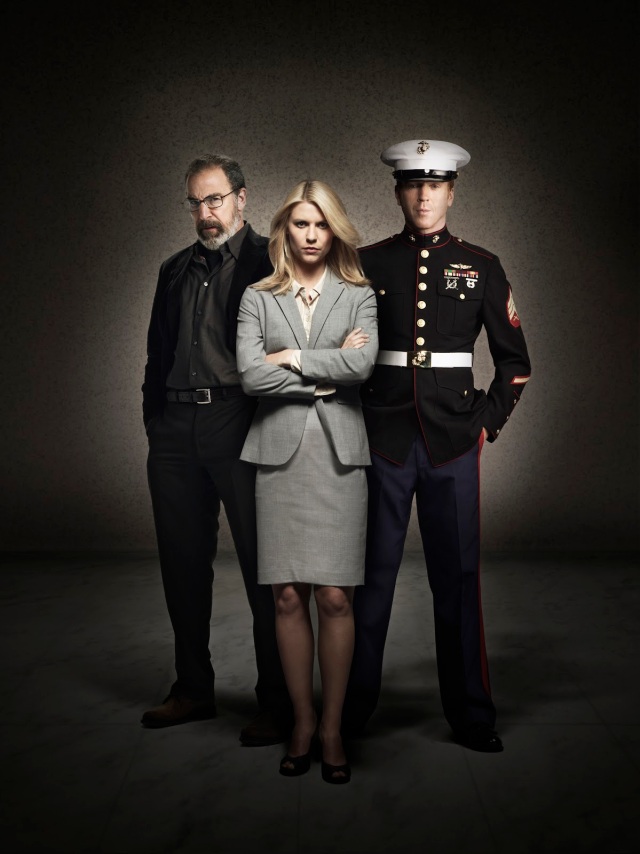 After doing a couple of finale reviews towards the end of last season, I thought it might be interesting to revisit how disparate shows are handling what can at times make or break a season. Hence, Anatomy Of A Finale.

And of course, as ever, SPOILERS AHEAD.

It’s all Donkey Kong Country, really, when you think about it.

I’ve waxed lyrical in the past about how I’m a much bigger fan of shows with dense plotting, that tend to cycle through their plot lines like clay pigeons instead of the slow and methodical approach of shows like Mad Men. I’m not saying that you can’t like delicate plotting, I’m just saying that it’s not particularly my cup of tea.

The best shows, for me, are always like the minecart levels in Donkey Kong Country — thrilling, complex, and always at the risk of going completely off the rails.

In cases of procedural shows with a long-narrative streak, this makes for perfection. Buffy The Vampire Slayer and The Good Wife are two such examples, where the monster/case-of-the-week structure allows for engaging, rushed stand-alone stories that wrap up – while the longer narrative unfolds in the background. You can tell slow stories about our protagonists while each episode amounts to a satisfying short story all of its own. It’s Donkey Kong Country – the level was thrilling and madcap, but when it’s done it’s done, without long-term consequences.

In series’ without a macguffin-of-the-week structure, things are more problematic. The break-neck pace has to be applied to the main narrative, meaning that the type of personal drama that would usually happen over the course of a person’s life can happen in about two and a half episodes.

Before you start vomiting into the comments section about putting those three series’ in the same paragraph, let me qualify that by saying that I in now way think Homeland is as poor as those shows – nor does it aim for the same shallowness. And I don’t think it’s necessarily jumped the shark. I just think that for some shows, failure over time is built into its DNA, and Homeland is one of those shows. Luckily I’m not the type of person for whom bad later seasons sully the product as a whole, so will look back on seasons one and two of Homeland fondly even as Carrie teams up with Jack Bauer and one of the 2 Broke Girls girls in “Homeland Season 8: Disco Apocalypse”.

But shut up and talk about the finale, Alan.

After the penultimate episode dispatched with Abu Nazir and Brody’s marriage, and most of the other threads were cleared up, the only thing left to consider in this finale was whether or not Quinn would go ahead with the assassination order on The World’s Most Inept Congressman. The fact that there was only one dangling thread, and the fact that Brody and Carrie were together, of course meant that something ridiculous and unexpected would happen in this finale.

And said thing was pleasantly surprising. I was lulled into the intentional false sense of security by the first half hour, though I would have been happier if said lull had popped with better emotional moments than we were given. Brody and Carrie at the cabin makes thematic sense, of course, but all we got was both of them making goo-goo eyes at each other and discussing how much they’re in love.

I can see why the writers wanted to give Carrie and Brody at least a country evening of placidity before they fucked them over again, but it ignored a core tenet of writing: emote right alongside your characters, but don’t forget the distance of story-telling. In their heads Carrie and Brody may well be in puppy love heaven, but any viewer with half a brain knows they make for a disastrous pairing. By not acknowledging this, the cabin scenes play like the emotional equivalent of sticking your fingers in your ears and saying “LALALALAOURLOVECONQUERSEVERYTHINGLALALA”.

We did get some nicer moments, such as Dana’s conversation with her father about the original bombing. Her character may have been problematic at times, especially that disastrous trip down I Know What You Did Last Summer lane with Finn Walden, but Morgan Saylor is phenomenally muted in the role. And Dana has always worked better as a sort of Seer character, able to observe and vocalize the truth and horror of people’s actions. In essence, if you horrify Dana, then you’re a horrific person. And so goes for Brody.

There was also a decent face-off between Saul and Carrie when he tells her she’s “the smartest and dumbest fucking person I’ve ever known”. Which is not only powerful, but salient career advice for Little Miss Bi-Polar Lonelyhearts.

All this back-and-forth was really about comforting us before the bomb hit. While it’s arguable that we should have seen it coming, I was as shocked as anyone when Carrie looked out the window just in time for a car bomb to wipe out Estes, the Second Family, and most of the CIA (and before you ask why the President wasn’t there, it’s because it was a CIA-specific service focusing on Walden’s career).

It was an incredible, necessary, game-changing and distinctly Homeland-esque moment. It also was nifty in its execution. Earlier in the episode Brody appeared to be safe after Quinn turned his assassination threat back on Estes, appearing to dispatch with that storyline – but in truth there was no way forward for Brody or Carrie until Estes was dead. Similarly the after-effects of the bomb allow little details like Brody’s congress position and the Walden family to be detonated instead of slowly winding down.

It was visceral. And it was brilliantly executed.

The aftermath was also immediately thrilling. Carrie and Brody facing off in Estes’ office, Saul arriving at the blast scene (and Mira calling!), and the Brody family watching the bomb — and then Brody’s confession tape — break on the news.

The Brody and Carrie aspect was a little more shaky as things progressed. While it’s understandable that Carrie might believe that Brody wasn’t involved, it’s hard to swallow her betraying her country so phenomenally. The earlier moments, and the episode title, framed Carrie as being torn between love for Brody and love for country, but she swung too far in one direction as things shut down. The fact is that Brody did almost set off a bomb, and he’s not exactly clean even if he is being framed.

All that said, it was a rollicking back half, making up for much of the hollow action that has populated the last few episodes. It also made Nazir’s presence feel as weighted as every character proclaimed it was – up to this point he’d seemed threatening without ever being a threat. In death he has achieved the character depth that eluded him in life.

It also cleans the slate nicely for a more focused season three. Saul is essentially running the department, Carrie will probably be back on the books, and Brody is presumably joining the sexcapades over on Rookie Blue.

But whether the writers can live up to this tabula rasa remains to be seen. If I had it my way, Brody would be gone for good or at least for a long, long time. Carrie would refocus on her work, and the obligatory family aspect of the show would be populated by her sister, father and mother (who got a tease in this episode as a figure who went to the pharmacy one day and never came back).

Brody and the Brody family gone. Mike gone. Estes gone. And the hopefully surviving Danny and Quinn rounding out the team.

Can the writers find a story that will match the intense fireworks and alchemy that Brody and Carrie brought? Perhaps, perhaps not. But continuing to flog that horse will reap diminishing returns, and potentially ruin the supposed dedication of Carrie. It’s rare for a character with mental health problems to stand front and centre in fiction, and it’d be a shame for the writing to skew her more and more towards delusional and untrustworthy.

A solid finale delivers a unique promise: that Homeland might be able to dispatch with its past and reshape into something completely different, but just as engaging.

Sometimes a character has to be put to bed. And for Nicholas Brody, that time has come.

4 Responses to Anatomy Of A Finale: Homeland